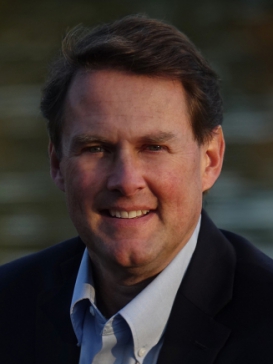 Matt Culp grew up in the real estate business on Bainbridge Island – literally.

His mom Diane, now retired, was revered as the queen of escrow on Bainbridge, a respected local business leader and the owner of Puget Sound Mortgage and Escrow. Throughout Matt’s years at UW Law School, he worked for his mom’s business.

Even after passing the bar in 1995, Matt caught the mortgage bug and stayed connected to PSME, working as a processor in 1996 and then becoming a Loan Officer in 1998. He eventually started his own firm, Bainbridge Lending Group (BLG) in 2005.

The result: Matt brings to the mortgage business an attention to detail and ability to find the pitfalls before they become problems, unmatched in the industry.

“Because I am an attorney, I operate as an adviser, not a salesman,” Matt explained. “That means I communicate well and make sure everyone is on the same page. I’m accountable to every client and every real estate agent on every single transaction, so I don’t promise things I can’t deliver.”

As a lifelong Islander, owning a business based on Bainbridge for Matt is more than passion, it’s a badge of honor.

“This is my community,” Matt stresses emphatically, noting that his firm, Bainbridge Lending Group, is the only mortgage firm headquartered on Bainbridge.

“What makes us different from our competitors is they work for a bank or an out-of-state mortgage company: We’re local in every sense of the word, and we work for the customer, not the banks. Working with a local lender that can deliver a deal on time makes our customers stronger buyers – sellers and Realtors know that.”

“It also doesn’t hurt that as a mortgage broker, we typically have much lower interest rates that the big banks and other lenders simply can’t match,” Matt said.

For the last 16 years, top producing real estate brokers have turned to Matt and his team at Bainbridge Lending Group for help with some of their most challenging deals. Matt’s legal eye and business smarts makes the tough deal appealing to him.

“Self-employed income is difficult for most loan officers and fraught with challenges,” Matt explains. “But it’s very common on Bainbridge and at BLG we have both a pool of lenders that will do the deal and the expertise to get it done.”

Matt notes that his greatest accomplishment isn’t in business, but personal: He has two kids, a son that’s now 21 years old and in the Air Force, and his daughter, 12, who occupies the majority of his personal time. His unfinished business remains on the Golf course: “I love to play golf and I am still hoping for that hole in one at Wing Point one day,” he said with a smile.

I want to earn your business for life. You can also count on me to help your family and friends whenever they need a mortgage.

We offer some of the best rates in the industry. As a broker, we can shop your loan to multiple lenders to get you the best rate.

Getting a mortgage requires a lot of communication. Our team will remain in constant contact with you throughout the process.

I know that time is of the essence whenever you’re buying or refinancing a home. I am committed to a quick and efficient closing.